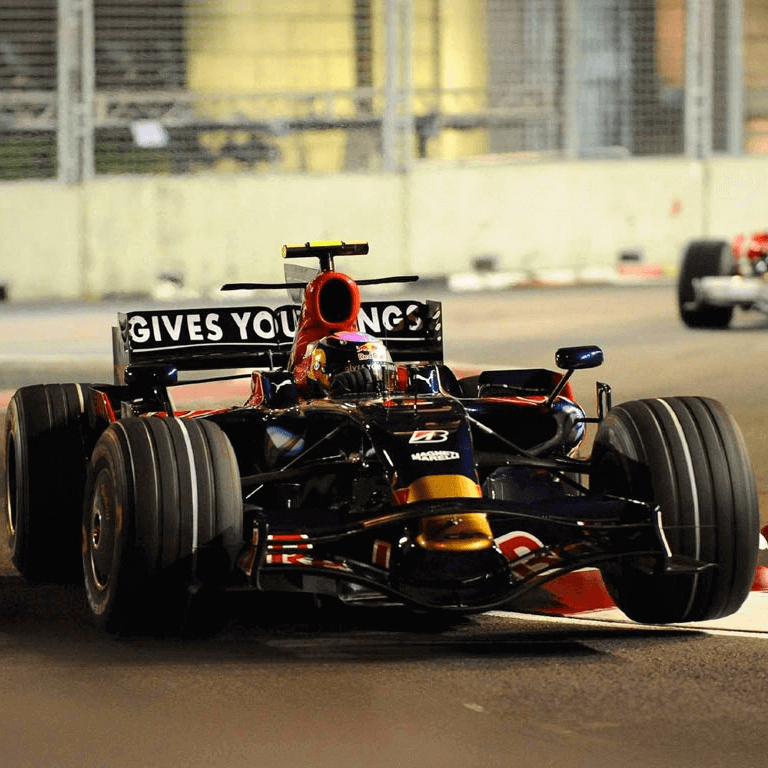 ⇓ view description ⇓
Image of the 2016 Red Bull Formula One Racing car. Image is in the public domain.
close this window

Formula One (F1) race cars are the fastest in the world. Their powerful engines push them to speeds of over 220 miles per hour (360 km/h).

Powerful engines help F1 cars go fast. But that's not what makes them so fast around the track. It's the aerodynamics, not the engine, that keeps lap times low.

Aerodynamics is the study of air flow. The way air flows over an F1 car is very important. Making the air flow better over the car is the best way to make the car go faster.

F1 cars have improved greatly over the years. And these improvements have been used to make other things better, too. Boats, airplanes, and even rockets make use of the things we've learned in F1.